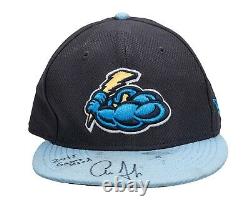 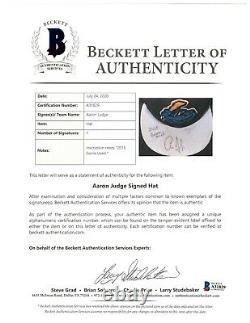 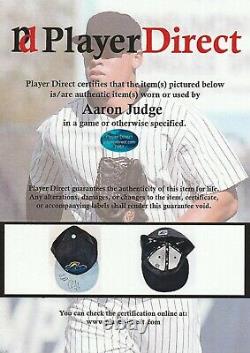 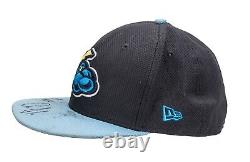 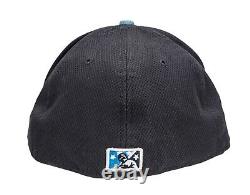 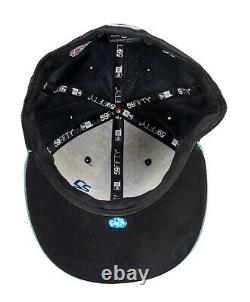 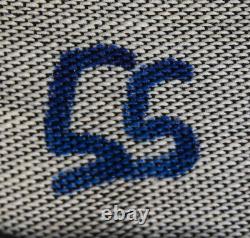 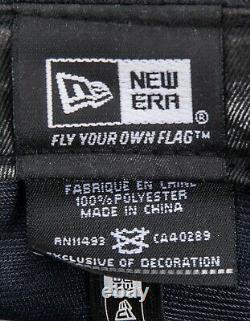 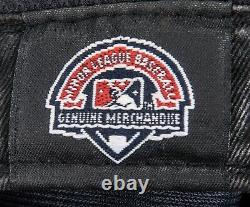 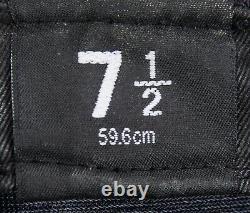 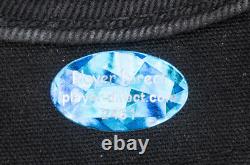 New York Yankees star Aaron Judge wore this Trenton Thunder cap during the 2015 MiLB season. The towering right fielder began the 2015 season in AA with the Thunder, crushing 12 homers with 44 RBI and a. 284 batting average through 63 games before earning a call-up to AAA Scranton/Wilkes-Barre.

Judge made his MLB debut with a cup-of-coffee in 2016, before astounding the baseball world with a then-record-setting, 52-home run rookie season in 2017. The 2017 American League Rookie of the Year is now a perennial MVP candidate with unprecedented home run power. This offered cap is navy, with a gray brim. The Thunder logo is sewn on the front of the cap, while a MiLB logo is sewn on the back.